MICHAEL: Adam, Your work is so cool. I feel that you’ve deconstructed traditional still lifes as a concept and have reconstructed them in a fresh, contemporary way. Am I on the right track?

ADAM: That’s exactly the basis of my work. As you said, the idea and code of representation of traditional still life is really present in my work even when it goes to picture humans. It’s something confusing for people hearing me talking about objects and then looking at the portrait that I’ve done. 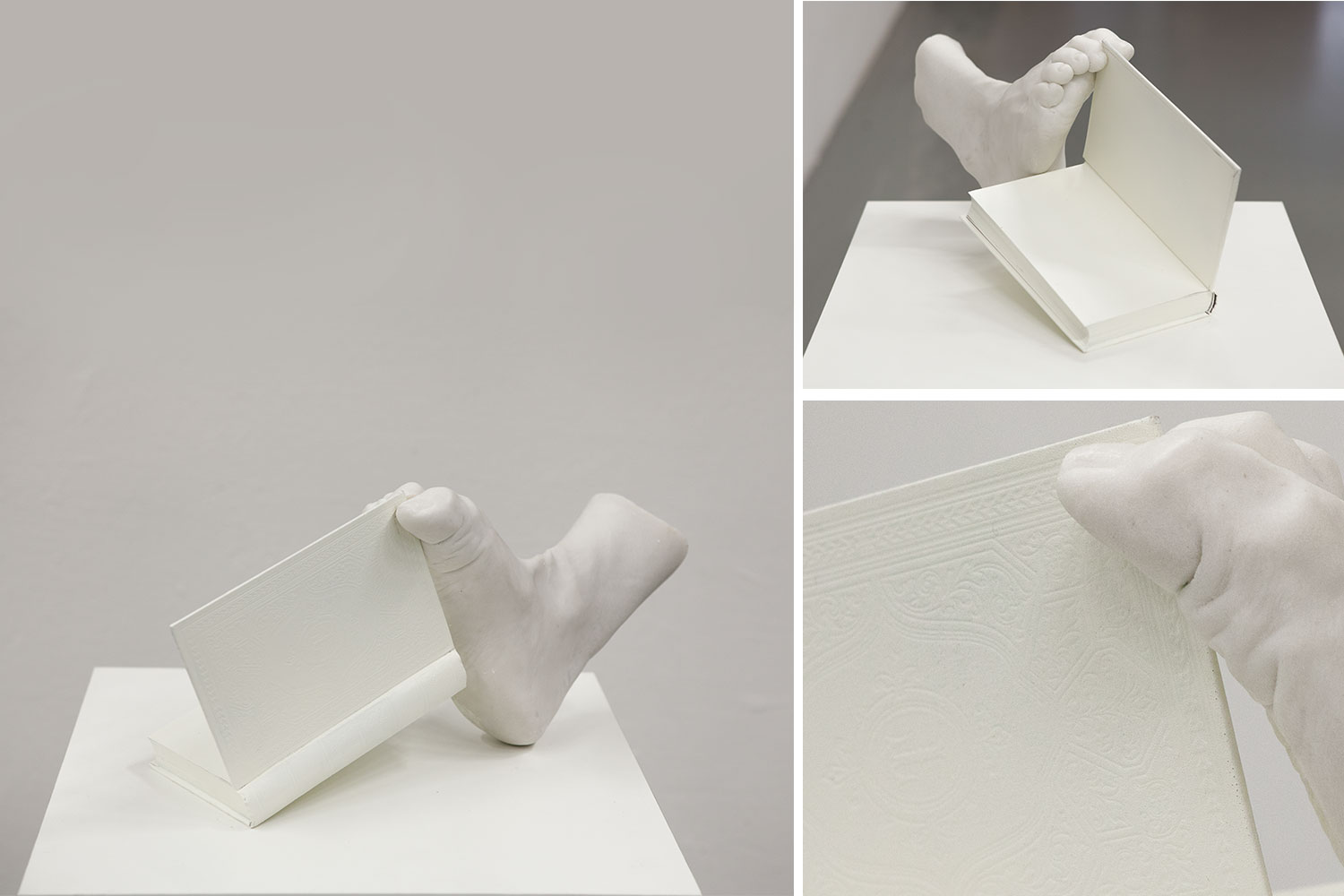 MICHAEL: I like the way you erase certain portions of the still lifes and portraits. It creates mystery and is very elegant. Some of them also look like they’re floating. Why that approach?

ADAM: When I started to study art, I read a book about Alberto Giacometti. I read how he emphasized the emptiness, the space around his sculptures (which seems pressed by the air around them) and how he had even buried his artworks without even show them as a metaphysical or spiritual act. It was creating for invisible or making the creation more and more invisible. I was really moved by this approach. I think at this really early stage I began to consciously or unconsciously take parts away from things that I do (drawing, painting, photography, etc.). I began to work with the white of the paper/canvas or with the background. To give more and more importance to what is not here, will never be or can be everything. On the other side, it has also something to do with the theater/illusion/magic, where something is happening in the background/behind the scenes. I’m creating cognitive illusion where the viewer is going from illusion to unveiling of the trick and again to rediscovering of the illusion. 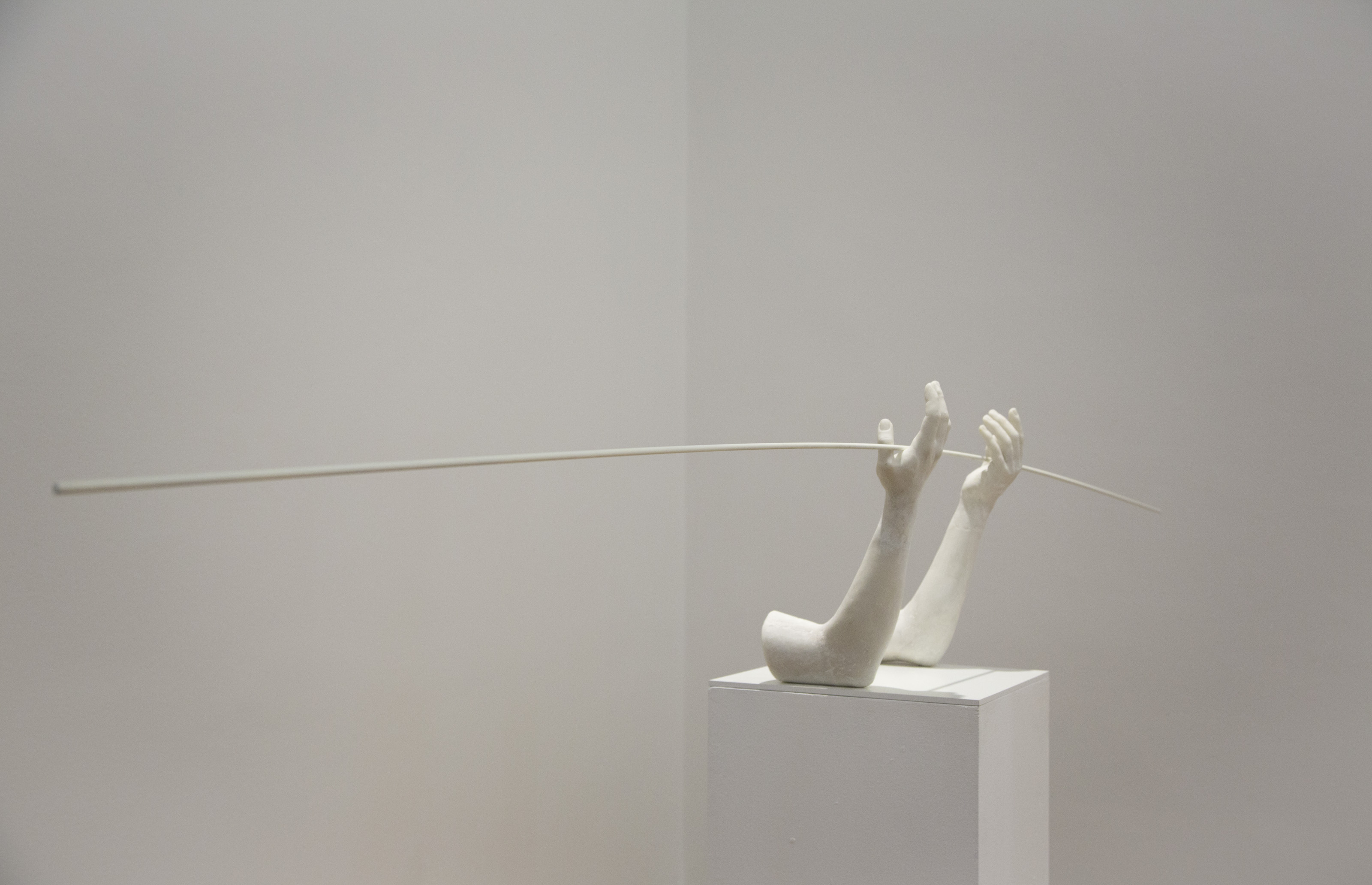 MICHAEL: I also get this strong sense of classical elegance in your work. Sort of like this affinity for Neoclassicism. Am I right?

ADAM: It’s somehow true. I really like this well-constructed scene with frontal view. As said before, it gives an unnatural, artificial and even sometimes laboratory-clean aspect to the artwork. It’s all about this static potential and the idea of distinguishing the object/body within its environment/background as everything were cut from its context and put together to make an un-contextualized artwork.

MICHAEL: You’re Iranian and now live in Vienna? That’s quite a journey. Why are you no longer in Iran and what took you to Vienna?

ADAM: I was 12-years-old when we moved with my parents to France and I didn’t return to Iran until 2011!  I went to school and later studied in the Beaux-Arts de Lyon until 2009, then I decided to move somewhere else. I heard about Vienna, its Academy of Fine Arts, its life quality (one of the best in the world) and its geographic place in central Europe, the best thing if you want to travel (car, train or plane) and see major exhibitions in Europe. I was accepted into the Academy and studied figurative painting with Amelie von Wulffen and photography with Martin Guttmann (Clegg & Guttmann). Now that I’ve finished my studies, I’m looking for new opportunities outside Europe. I think today as a contemporary artist you can’t let yourself stay in one city.

Going back to the question concerning Iran: I was there again in 2011 and I can tell you that it was something! Imagine, you have childhood memories from a place and people and see them a decade later and more than that, it’s another culture and country with all of the international stigmatization. As a man, you don’t feel the problems there or not so much and even less in two months and as a tourist. Contrary to my studio practice, I made lots of photos outside in the cities and streets, everything was a subject for art. I don’t talk about monuments and architecture, but about everyday life, the objects, the situations. The funny thing is when I was back in Vienna, the first minutes inside the train going from airport to the center shocked me and I understood my own practice and thought, “Here for me, there is nothing to photograph outside.”

MICHAEL: Do you think the Western world has some things wrong about the people and culture of Iran?

ADAM: I think when you don’t live inside a society you can’t know correctly even if it’s a neighboring country.  And when you live there, depending on your social activities and class, you’ll have a different perception. So there are lots of things that are right and things that don’t really fit with reality. I think it’s also an international political issue. When there is conflict with a country, there’s more focus on aspects that don’t work correctly inside that country to justify the conflict. 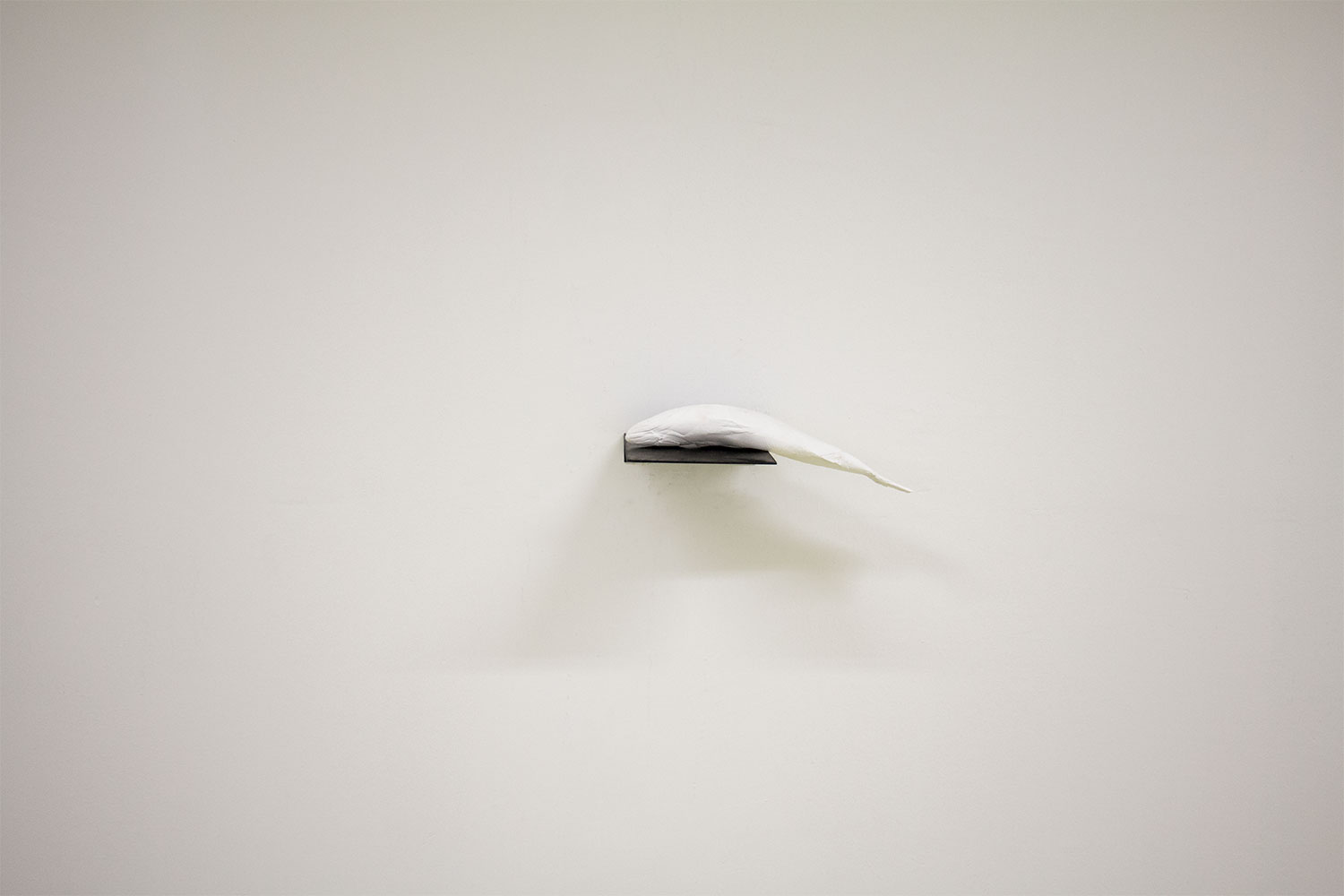 MICHAEL: What is Vienna like? Is it an art city? Do people there appreciate contemporary art?  Do you work there as a full-time artist or do you do something else to support yourself?

ADAM: Vienna is quite a special city. It’s human size, everything is close and the longest distance between two cultural events is generally around 30 minutes by foot and about 20 minutes by Metro. You can say that a “far” distance!

When you go frequently to the exhibitions, you will see and know people, artists, critics and even some art collectors quickly. About contemporary art, I think it’s not a city-specific but general trend that more and more people are going and visiting exhibitions, more as a social activity rather than seeing specific art.

I’m working full time in art. Firstly, as an artist and secondly, as curator and co-organizer of UBIK Space, a quite young exhibition space in Vienna, but with more than 25 exhibitions and having worked with more than 40 artists and participated in the biggest national art events. Even if I’m not working as an artist there, for me, it’s still an artistic practice, but in a bigger scale involving more parameters and people where ideas are realized in a social and cultural context.

ADAM: Maybe more and more it will be a question of mass. How many people will this exhibition or event reach and other/parallel ways for artists and galleries to “earn money” will appear. It will be the real dematerialization of art work, you don’t even need to sell it directly as object. 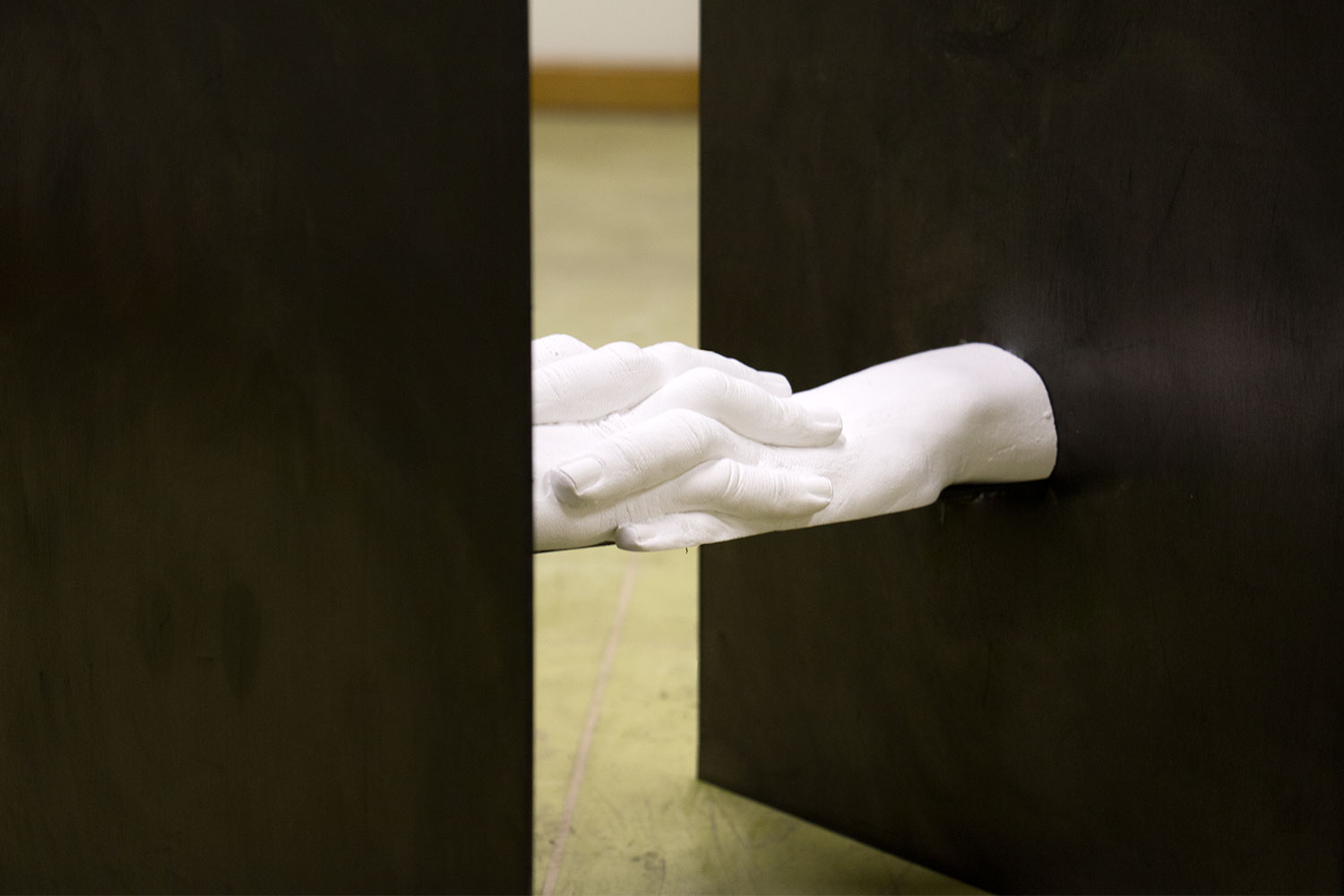 MICHAEL: Why are you even an artist? Being an artist is so hard. You can do something else and make a lot of money. Why not do that? Go back to school?

ADAM: For the moment, I’m earning enough with my activities and I’m doing art not because I can’t do something else. We should just put away this image of “poor artists.” It’s also risky to build your own startup and you can go bankrupt doing that! But people want to create something from their own.  That’s why they take the risks!

In art unlike in other activities, it’s not about doing what we tell you, it’s about innovating, creating and bringing new ideas and of course at the end, monetizing them.  I’m more passionate by the first steps, but the last one is essential too.

MICHAEL: Back to your work. Your sculptural work is fun and accessible, but it’s also very classical and has a timeless quality. What inspires you to create it? Also, why do you choose to make your installations monochrome?

ADAM: It’s somehow accessible because of its realistic aspect. I’m using painted, coated or one to one remade objects and body parts, as the direct recognition of them is really essential. On the other hand, I’m putting together historical or contemporary objects or gestures to understand the a-temporality of the work. I’m interested in simple and recognizable situations where you can’t put a time or context on them, but they should appear really “near” to the viewer.
The monochromatic choice is here to take away the idea of different materials, everything is one, just with different forms and shapes. It’s also inspired by the “dead layer” (monochrome under layer) of the classical Flemish painting technique.

MICHAEL: Cool. What do you think about the art world/art market today and how they function? Dead, famous artists are doing great, while living artists are struggling. What would you change?

ADAM: We have a really old, limited art market model, which if you’re lucky, works well for you. There are some people trying to change or bring new concepts into it, but still lots of things are conservative. I mean, as said before, it is more about how an artist can live with creativity and not only about selling a defined product or artwork.

MICHAEL: Finally Adam, What’s the point of all of this?  Who cares about art?  Most people don’t appreciate it or buy it.  Art is not curing cancer or ending homelessness.  Why should people even care?

ADAM: I don’t think that there is an easy conclusion about it. There are lots of parameters making art what it is and how it is perceived, through history. Maybe we should not think about art as a “painting in a gallery or museum,” but as a connection of different fields (economy, science, politic, etc.) and people, and its consequences on each field/person. The more consequences there are, the more people are reached, so somehow everyone cares about it without knowing it.

MICHAEL: Thanks Adam.  I enjoyed our chat.